uantum computing and quantum information science is a rapidly growing field that has sparked a lot of interest in the world. While the field itself and its applications are yet to be considered as mature, quantum technologies are expected to profoundly impact technology by completely revolutionizing the foundations on which technology as we know it today is built on. In this week's People in Computing ACM Selects, we spotlight key researchers and scientists making meaningful contributions to the development of quantum technologies. We hope that this first ACM Selects on quantum computing will help provide some context on the landscape of quantum technologies and some of the key directions that research in this area is taking.

We highly encourage learning more about their contributions, and invite you to consider participating in ACM’s activities on these topics, be it through our professional community,​ global policy​ activities​, ongoing work in ​professional ethics​, and/or through our ​chapters, ​SIGs​, ​local meetups and/or ​conferences​.

We value your feedback and look forward to your guidance on how we can continue to improve ACM Selects together. Your suggestions and opinions on how we can do better are welcome via email through selects-feedback@acm.org.

How 'Spooky' is Quantum Physics? The Answer could be Incalculable

First published in Nature, Vol. 577, 23 January 2020.
Most of us relate quantum physics with science fiction - Albert Einstein himself even dubbed a fundamental aspect of quantum mechanics as being “spooky action at a distance”. It is an area that is generally perceived as complex, difficult to understand, weird but also cool.

To kick off this round of Selects, we hope that this ACM News article which conveys the complexity, weirdness and excitement behind quantum information science will spark your curiosity and inspire you to explore this area.
[ Read more ]

Peter Shor is the Morss Professor of Applied Mathematics since 2003, and Chair of the Applied Mathematics Committee at MIT since 2015. His research interests are in theoretical computer science: currently on algorithms, quantum computing, computational geometry and combinatorics. In 1998, Peter Shor received the Nevanlinna Prize and the International Quantum Communication Award. He also received the Dickson Prize in Science from Carnegie-Mellon in 1998. He was awarded the Gödel Prize of the ACM and a MacArthur Foundation Fellowship in 1999.
[ Read their bio ]

First published in SFCS '94: Proceedings of the 35th Annual Symposium on Foundations of Computer Science, November 1994.
Perhaps Shor’s most outstanding contribution to the field of quantum computing is his discovery of a polynomial-time quantum algorithm, dubbed Shor’s algorithm. Although nearly 3 decades old, his discovery holds great significance. Given a “large” number of quantum computers in the world, they would have the capability of breaking down the encryption techniques used on the Internet today.
[ Read more ]

First published in Journal of the ACM, Vol. 50, No. 1, January 2003.
‍Nearly a decade after the discovery of Shor’s algorithm, Peter Shor observed that few quantum algorithms had been discovered and set out to find out why. In this paper, he sheds light on possible reasons for this and shares his thoughts on the directions that research at the time could take to yield the discovery of more quantum algorithms.
[ Read more ]

First published in Nature, Vol. 587, 12 November 2020.
In this article, Peter Shor looks back on the moment of the Shor’s algorithm’s discovery and tells the story of the impact and perception that his discovery had on the world of physics and computer science at the time. While reviewing the current stage of development in quantum computing, he pondered the road to a post-quantum world and the potential state of unpreparedness it carries, emphasising the importance of ensuring cybersecurity is maintained to minimize the risk of unpreparedness.
[ Read more ]

Elham Kashefi is the Professor of Quantum Computing at the School of Informatics, University of Edinburgh, and Directeur de recherche au CNRS at LIP6 Sorbonne Universite. Elham is a pioneer in the field of quantum technology, as the co-founder of the fields of quantum cloud computing and quantum computing verification and as co-Founder of VeriQloud Ltd, through her innovative work in trans-disciplinary interaction of hybrid quantum-classical solutions from theoretical investigation to actual experimental and industrial commercialisation. Previously, she served as the Associate Director of the NQIT Hub before being elected as the lead for the software activities within the quantum computing and simulation hub. For her work in application development for quantum computing and communication, she has been awarded several UK, EU and US grants and fellowships
[ Read their bio ]

Cyber security in the quantum era

First published in Communications of the ACM, Vol. 62, No. 4, March 2019.
The advent of quantum computers equally poses threats to and creates opportunities of bolstering cybersecurity and in this Communications of the ACM review article, Elham Kashefi and Petros Wallden debunk some myths associated with the capabilities of quantum computing and share their insights on cybersecurity in a quantum-enhanced world
[ Read more ]

John Martinis, an alumnus of the University of California, Berkeley, is one of the world's foremost experts on quantum computing. John was a NIST fellow and while working at NIST, he worked to use the Coulomb Blockade phenomenon to develop a new fundamental electrical standard based on counting electrons. Since 2002, his research effort has focused on building a quantum computer using Josephson junctions. He has received numerous awards including the “Science breakthrough of the year” in 2010, the London Prize for low-temperature physics research on superconducting quantum bits in 2014. John is a Fellow of the American Physical Society and currently the Wooster Chair in experimental physics at the University of California, Santa Barbara.
[ Read about their research ]

First published in People of ACM, May 16, 2017.
In this 2017 People of ACM feature, John Martinis shares his outlook on the development of quantum computing, provides some context on the technical challenges that are yet to be addressed in the field and shares his goals and expected achievements for 2017.
[ Read more ]

"Quantum Computing: Far Away? Around the Corner? Or Both at the Same Time?"

First presented at ACM's Celebration of 50 Years of the A.M. Turing Award, June 2017.

In this panel, John Martinis and co-panelists, Dorit Aharonov, Jay M. Gambetta and Andrew Chi-Chih Yao discuss the promise of quantum computing, sharing their insights on the state of research and development in the field and offering guidance to computer scientists on skills that they would need to be equipped with to venture into quantum computing.
[ Watch the panel discussion ]
[ Learn more about ACM's Celebration of 50 Years of the A.M. Turing Award ]

Stephanie Wehner is the Antoni van Leeuwenhoek Professor in quantum information, and Research Lead of the Quantum Internet Division at QuTech, Delft University of Technology. Her extensive work on quantum cryptography and communication is advancing research on quantum information theory and its applications to both computer science and physics. In the Quantum Internet Team at QuTech and as the coordinator of the European Quantum Internet Alliance, Stephanie is working towards achieving  her goal of overcoming the challenges of building large scale quantum networks.

She has written numerous scientific articles in both physics and computer science, and is one the founders of QCRYPT, which has become the largest conference in quantum cryptography.
[ Read their bio ]

‍First published as an ACM Tech Talk, September 2020.
In this Tech talk, Stephanie Wehner discusses the vision for the quantum internet, its underlying requirements and showcases some of the efforts that are being made towards realizing scalable quantum networks. For those interested in “playing” with quantum technology, Stephanie shares some pointers and practical tools that allow you to interact with simulated quantum networks from the comfort of your home.
[ Watch the Tech Talk ]

‍We preface this ACM Selects by stating that quantum technologies will “completely revolutionize the foundations on which technology as we know it today is built on”. As protocols are a core building block of today’s networks, they will be required to evolve to support the functionality of and communication in quantum networks. In this paper, Wojciech Kozlowski, Axel Dahlberg and Stephanie Wehner present their design of a quantum network protocol developed to enable end to end  quantum communication and serve as a building block for future quantum-based services and applications.
[ Read more ]

Mingsheng Ying is a Distinguished Professor and Research Director of the Center for Quantum Software and Information at the University of Technology Sydney, Australia. He is also Deputy Director for Research (adjunct position) at the Institute of Software, Chinese Academy of Sciences, and holds the Cheung Kong Chair Professorship at Tsinghua University, China.  Mingsheng was the Director of the Scientific Committee of the National Key Laboratory of Intelligent Technology and Systems, Tsinghua University, China. He has received several awards including NSF China Distinguished Young Scholar Award (1997) and a China National Science Award (Natural Science, 2008) and has served on the editorial board for several publications including Artificial Intelligence Journal and was recently appointed Editor-in Chief of the new journal, ACM Transactions on Quantum Computing.
[ Read their bio ]

In this 2019 People of ACM feature, Mingsheng Ying shares his outlook on projected upcoming developments in quantum computing, discussing his opinion on the rate of growth of quantum computing and an approach essential to fostering this growth. He also shares the vision and goals that he and his Co-Editor-in-Chief, Travis Humble, have for the ACM Transactions on Quantum Computing (TQC), whose inaugural issue was released in December 2020.
[ Read more on Mingsheng Ying ]
[ Read about the Inaugural Issue Editorial for ACM Transactions on Quantum Computing ]

Getting Started with Microservices

Getting Started with Smart Cities

Getting Started with Microservices

Microservices are an architectural pattern for breaking software down into different components organized around business capability.
Getting Started Series

Getting Started with Smart Cities

We provide a short curated list of resources that you might find useful to learn more about smart cities through expert knowledge.
Computing in Practice Series 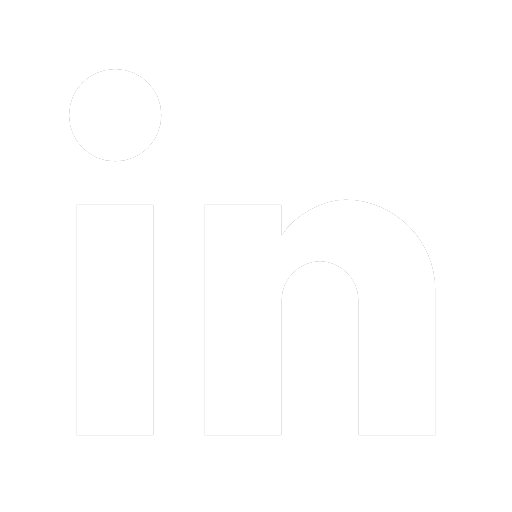